My fixation on custard began with contemplating the immaculate (and indeed frequently imaginary) perfection of the gem-like berry tarts in patissiere windows. Trying to achieve this elusive standard became an obsession and I learned a few valuable lessons about custard along the way.

The first step on my journey to custard mastery was nailing down the classic set custard tart in shortcrust pastry. The challenge was that perfecting both elements – the custard and the pastry – pulls the chef in two different directions at the same time. The pastry must be crisp, flaky golden brown and structurally sound and the custard soft, gooey and unctuous but set from edge to edge.

The dilemma I had was that if I blind baked the base of the tart to perfection before adding the custard, then the pastry edges would burn while the custard set. An fiddly tinfoil rim to cover the exposed bits of pastry would slow but not solve this problem so perfection on all fronts at once seemed impossible. In addition the window for perfect custard (set from edge to edge, jiggly but not rubbery or god forbid scrambled) was miniscule. 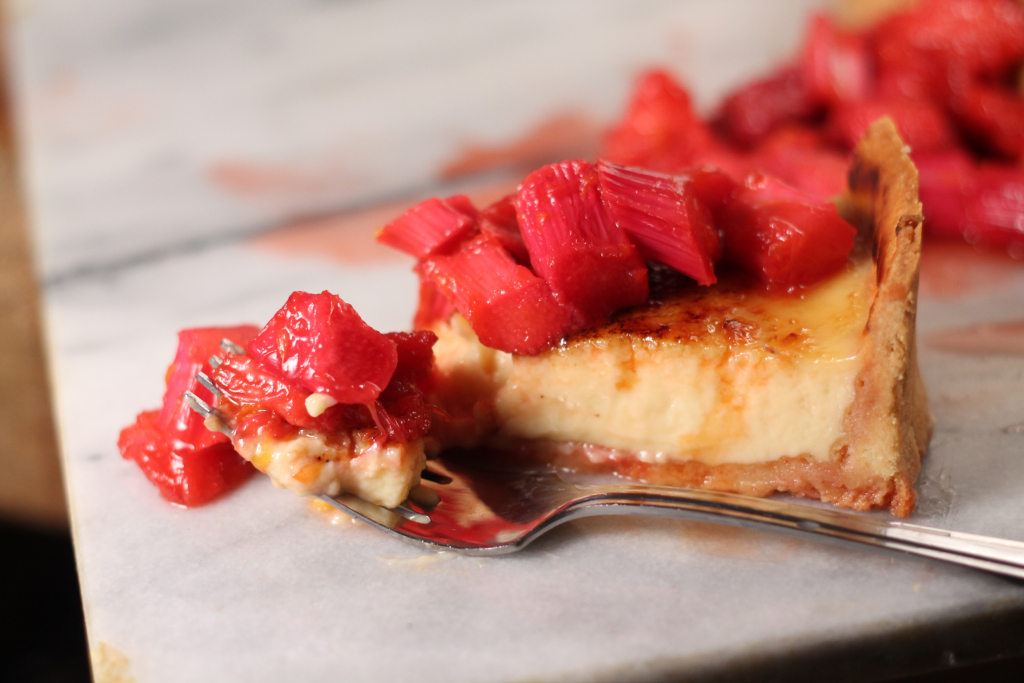 I had nearly given up hope when I came across Heston’s Lemon Curd Tart recipe in Heston Blumenthal at Home. He advised heating the custard to 75C and then pouring into the tart case while still hot and baking until 82C, the temperature at which the custard would be cooked to perfection.

Understanding that the goal was simply to achieve the right temperature for the custard regardless of time spent in the oven opened a new window onto the problem. I realised that I could follow this method to get the right set on the custard, but also I could reduce the temperature of the oven so that it was no longer hot enough to brown the pastry any further after the blind bake.

So the final method then for my classic custard tart is to blind bake shortcrust pastry to perfection at 160C (about 20 mins, 10 mins with baking beans and 10 mins without). Pouring in custard preheated to 75C and turning the oven temp down to 110C and letting the custard cruise in gently to its perfect unctuous set over the course of about 45 mins to 1 hour with little to no chance of over cooking.

With Pastéis de Nata, a different pastry (flaky puff instead of crumbly shortcrust) radically changed the game. I knew that puff does not submit to blind baking – it rises so dramatically there would be no room left for me to put custard in. The custard and the puff simply *had to* be baked simultaneously, but the as tarts were so much smaller, time taken for the heat to penetrate to the centre of the custard was dramatically shorter. By the time the puff was cooked the custard within was rubbery and overdone. 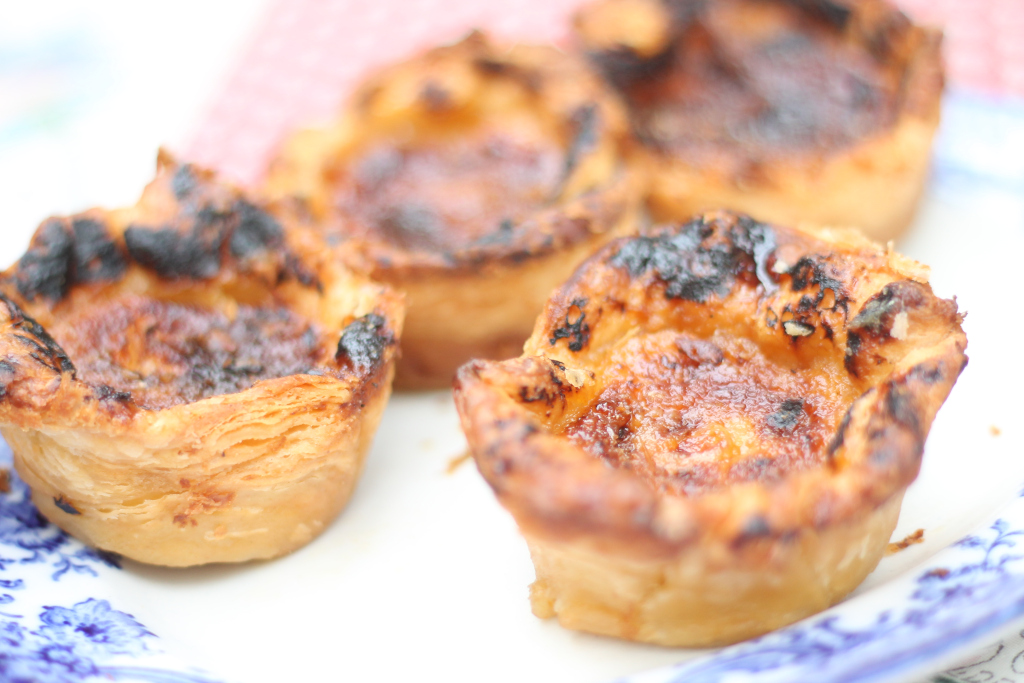 Although the problem was inverted, the same insights informed my solution. Time and temperature were the key. I knew that puff pastry cooks best in a blazingly hot oven, and the custard was overcooking because it’s internal temperature was getting too high. If I froze the tarts in their tins before baking them, the cooking of the custard would be slowed down by it having to thaw. The pastry would be slowed too, but less so; the hot metal of the muffin tins would transfer heat rapidly.

After 20 mins at 220C, the puff pastry was golden brown, flaky and perfect, the custard still glossy and luxurious. I also found this method to have the handy bonus of making it easy to serve them warm straight out of the oven. A sprinkle of sugar and a lick of flame from a blowtorch was all I needed to finish them off perfectly 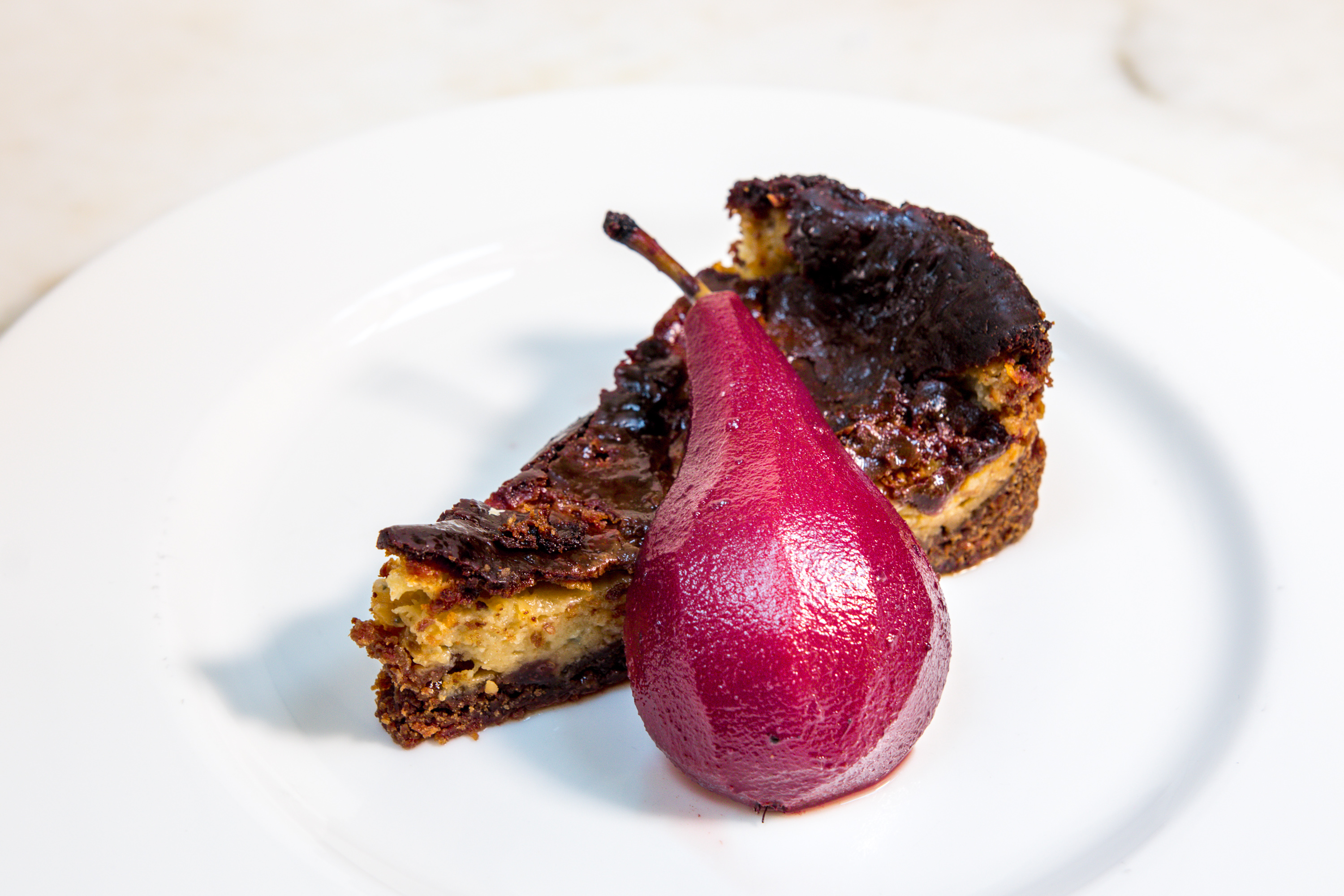 Once I’d mastered the rules of these custard tarts I started to realise that many other dishes were custards in disguise. A cheesecake is a custard where the milk and cream has been replaced by soft cheese. A quiche is a savoury custard tart where scrambling has been promoted rather than studiously avoided. A bread pudding is a custard poured over diced buttered bread. The things I learned about custard informed my approach to mastering all of these dishes. Even scrambled eggs offered the opportunity to deploy insights like cooking them slowly in a bain marie for fine delicate curds. I even made delicious and delicate caramelized onion tartlets in the portuguese puff pastry style, replacing the milk with pureed caramelized onion.

As much as I learned about custard tarts by following this rabbit hole, I learned even more about my own relationship with obsession. You can always drill down deeper into something – anything – and find a hidden vein of golden detail worth mining out. But by exactly the same token, it’s impossible to learn everything in one lifetime so I always resolve to follow my obsessions where I find them for as long as I still find them interesting. I spent over a year obsessively experimenting with custard tarts and their infinite variations, and though my interest never fully waned, I do have a new obsession this year: gnocchi.

More about that next week.

One thought on “A Profile in Obsession: Custard Tarts”